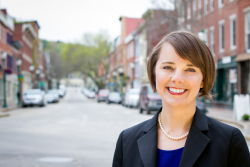 Shenna is a state senator serving her second term in the Maine Senate where she chairs the Labor and Housing Committee and the Senate Ethics Committee as well as serving on the Judiciary Committee. Shenna is also Executive Director of the Holocaust and Human Rights Center of Maine, Maine’s only Holocaust and human rights museum. Shenna has won awards from Spectrum Generations and the Autism Society of Maine for her legislative advocay on behalf of seniors and people with disabilities. A carpenter's daughter, Shenna grew up in Hancock and is a graduate of Ellsworth High School and Middlebury College. She served in the Peace Corps and AmeriCorps VISTA. She lives with her husband, Brandon, in Manchester where she serves on the Manchester Conservation Commission.

Shenna has dedicated her career to making Maine a better place for working families. As a former small-business owner, Shenna worked with non-profits ranging from Sierra Club Maine Chapter to Consumers for Affordable Healthcare to Maine Women’s Lobby on projects that strengthened their ability to improve the lives of everyday Mainers.

Shenna was the 2014 Democratic nominee for United States Senate in Maine. She built a strong coalition of support including civil rights and labor organizations and successfully built a $2.4 million organization in just over one year.

Prior to running for US Senate, Shenna was Executive Director of the American Civil Liberties Union of Maine, where she developed a track record for building unusual coalitions with Republicans and Democrats alike to pass groundbreaking privacy and civil rights laws. She was a key leader of the successful 2012 ballot campaign to pass same-sex marriage in Maine. She spearheaded the creation of Republicans for the Freedom to Marry. She co-chaired a successful 2011 statewide ballot campaign to expand voting rights. 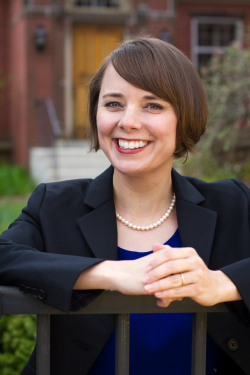 Shenna believes that the number one economic issue facing our local communities is rising property taxes. Shenna introduced bipartisan legislation to lower property taxes by restoring revenue sharing, which she will continue to fight for in the coming session. She worked hard to successfully increase the Homestead Property Tax Exemption for homeowners by 33%, raising the exemption to $20,000 for Maine households.

Growing up in a working-class home, Shenna learned firsthand that a strong public education is the best pathway to success. She has been a strong voice for education funding in the legislature, and she'll continue to work to strengthen our schools and ensure our teachers have the resources they need to give our children the education they deserve. Having worked in recruitment at the University of Maine, Shenna supported increased funding for the University of Maine System and Maine Community College System by $15.6 million, so that our universities can help young Mainers achieve their dreams.

Shenna believes that everyone deserves a fair wage and equal pay for equal work. As the Chair of the Labor and Housing Committee, Shenna has been a strong voice for small businesses and workers. She has worked across the aisle to streamline business licensing and business regulations as well as create new apprenticeships to bring more young people into the trades. Shenna is committed to making sure Maine's economy works for everyone, not just a select few.

As a Member of the Manchester Conservation Commission, Shenna has helped improve and preserve lands in our district. She has been a strong advocate for environmental sustainability in the legislature with a 100% rating from Maine Conservation Voters. As our State Senator, Shenna worked in a bipartisan coalition to successfully pass legislation to address arsenic in well water in Kennebec County. She worked across party lines to help establish a new fund to support testing and mitigation for low-income families. She'll keep fighting for responsible conservation efforts to protect the natural resources that make Maine a place where people want to live and work. 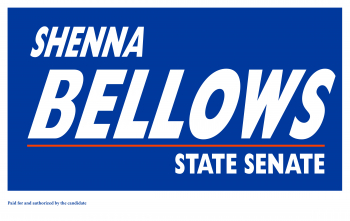